I love words and I love ideas and I love the idea that we are all rocking along in the rough seas of our little planet together.  So I especially loved the last paragraph of this article from Time magazine this week.  They named Angela Merkel as their 2015 Person of the Year.

I've been reading Time magazine since I was a teenager.  It was a constant presence in our house and I assumed everyone had it in their house.  As a journalism student in college I was encouraged to read it along with the Wall Street Journal.  As an adult I naturally acquired my own subscription and thus have never known life without Time.  They are one of the last bastions of journalism who maintain political neutrality, although I have heard they are fairly conservative.  Yet, even they know the world is called upon to live and work as one

So when I got my latest issue in the mail I savored not only Merkel's pick as a brave politician but I slurped up the way they explained it to me; the way they lined up their words.

In one of the best examples of journalistic pretzel-making I've ever seen, Time describes Merkel's government's welcome to the Syrian refugees:  "It would welcome refugees as casualties of radical Islamist savagery, not carriers of it."

And no matter your politics you must appreciate the way Time has line up their words on this one, their last paragraph:

At a moment when much of the world is once more engaged in a furious debate about the balance between safety and freedom, the Chancellor is asking a great deal of the German people, and by their example, the rest of us as well.  To be welcoming.  To be unafraid.  To believe that great civilizations build bridges, not walls, and that wars are won both on and off the battlefield.  By viewing the refugees as victims to be rescued rather than invaders to be repelled, the woman raised behind the Iron Curtain gambled on freedom.  The pastor's daughter wielded mercy like a weapon.  You can agree with her or not, but she is not taking the easy road.  Leaders are tested only when people don't want to follow.  For asking more of her country than most politicians would dare, for standing firm against tyranny as well as expedience and for providing steadfast moral leadership in a world where it is in short supply, Angela Merkel is TIME's Person of the Year. 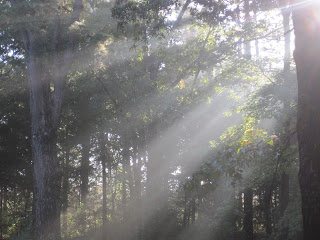