Sometimes things happen just the way they are supposed to happen.

And this happens so seldom that when it does you just find yourself in the middle of the dentist's office holding your arms out in disbelief. Looking to the heavens, dancing around and praising God. In a muted, Presbyterian sort of way..

It had nothing to do with my teeth.

The receptionist was a friend from Morgan's Mercy Mansion Drug and Alcohol Rehab in Winnsboro. 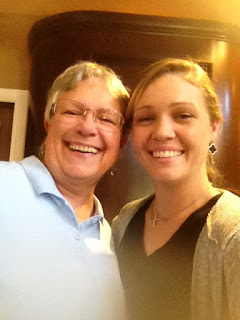 Yeah.  It's OK that I used her picture.  I know to ask.  In fact, she wanted me to get the story out.  At this point I think she was waving her arms as much as I had been.  She said something like "if you had asked me "Could I get a chance to get free dental work while I was in a drug rehab then later be working at the same dentist's office?.....Would that be a testimony to the work of the Holy Spirit and God's great love and mercy or WHAT....??? "  And then we both waved our arms or maybe danced around a little more.

Because it WAS God's Great and Powerful love.  And a little finagling from a friend.  And a cool dentist.

And, sometimes stuff just happens the way it's supposed to in the Kingdom of God.  There's enough bad stuff around us so much of the time that we forget that once in a while there's just a smidgen of a tiny space of Kingdom where God is still in charge.

The rehab always has girls with bad teeth.  Always.  It comes with the territory.  Some of it is from the drugs, especially meth, but not always.  Sometimes it's just because when your life revolves around drugs dental hygiene is pretty low on your list of priorities.  The Mansion was always looking for a low-cost dentist.

Several years ago I asked the dentist I went to in Mineola if he could help and he said, "Sure."  The guy was semi-retired and had a big heart.  And for a while the Mansion could send their girls to that guy.  It was a really large and and popular practice and I guessed they easily absorbed the cost. Plus, they had Christian posters all over the walls.

Then one day the dental practice stopped offering free dental care to the Mansion.  When I asked the new guy who was now doing my teeth why, I found out the nice semi-retired dentist had really, really retired. And he just hadn't been putting it down on his paperwork.  But the other dentist, the big important one, the HEAD guy, the one who called all the shot-- presumably the one who ordered all the posters about Jesus to be put on the walls... He said.....and I quote:  "If I did it for this one girl, I'd have to do it for all of them." 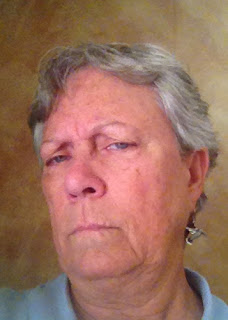 You only have to do it for just this one.  The one whose teeth hurt.  You only have to take care of her teeth.  Then you can go back to gouging the rest of us poor suckers.

I gave him the benefit of the doubt.  He had all the latest equipment and a nice office.  His staff made it really easy for me to slide in and slide out, letting the dental hygienist do all sorts of niceties to my teeth then have him pop in and out after a cursory glance at my teeth, which he probably charged my insurance company a tidy sum.  And the walls were just chock full of so many posters of sayings about Jesus loving everybody and stuff.  Six months later I asked him the same question and I got the same answer.

Meanwhile, another friend of the Mansion who goes as often as I do was at her dentist and asked him the same question.  This guy might have been a long-shot because he doesn't have any posters about Jesus on his walls.

When the girl told him she didn't have any money to pay him, he told her she shouldn't worry about that right now, they would just take care of her teeth. He pulled the ones that hurt--which was all of them.  Her told her he didn't make dentures but gave her the number of a place that did.    And you know how that lady ended up paying for her dental work?  Flowers!  He wanted flowers planted outside in the back  He bought the plants and she put them in the ground for him. I think it took her about three visits -- about as many as she made to his office to have her teeth pulled.  But his side yard is full of flowers now. Lovingly planted by the lady whose mouth doesn't hurt anymore.  The lady with the big smile.

It's being maintained now by another Mansion graduate who loves birds so now there's  bird feeders everywhere there's not a flower.

The office is in the older part of Sulphur Springs in one of those stately old mansions that's been remodeled into a modern dental office with gigantic picture windows facing the outside yard.  One wing of the office faces the side yard with the flowers and bird feeders.  The main part of the office faces the back yard which has trees and old chicken coops.  They are.....uh,  "in between"....a back yard full of  chickens right now after nature took its course one night when the chicken coops were left unlocked..  Having had chickens before, I understand that one night is all it takes. So the patients are all waiting to see what decorations happen next in the back yard.

And to think most dentists put TVs in their treatment rooms now.

Dr. Johnson has seen many more than one Mansion girl by now, including the friend who works there.  Always on an individual basis; and repayment is always creative, usually in some form of landscaping.  I don't know how Kaitlyn repaid him but after she left the program at the rehab, she was working at a gas station near his office.  When Dr Johnson stopped by one day he recognized her and offered her a job on the spot.

When Leeann told me about this guy I switched my dental care by the next scheduled cleaning.  I figure I get to choose where I spend my money. It was one of the easiest decisions I've ever made.

This dentist doesn't have a lot of inspirational Christian posters on the walls.  He doesn't need them.  If you spend any time talking to his receptionist she can tell more about the mighty works of God than any poster.

I always try to take a bag of birdseed with me when I go. You might call it a kind of a tip. 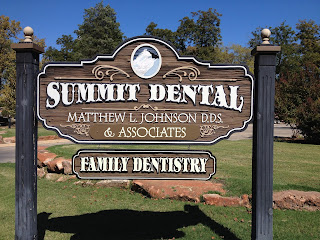