This week I will celebrate my 42nd year as a mother. That sounds like a long time but I swear the last time I looked, Elizabeth was only about six years old. 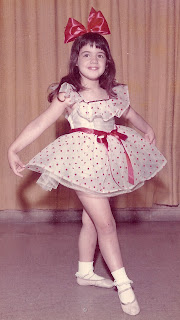 When she was around that age The Muppet Movie came out.  We went to see it at the movies then I got the album of songs.  (Anybody remember records? We asked Sarah if she knew what a record is and she replied, "Yeah.  It's that black flat thing.  Right?")  The girls would listen to the album every night as they fell asleep.  You could say we’ve heard the music a couple million times.

The most famous song from the movie was Rainbow Connection but I’ve always loved one of the other songs as well:  “I’m going to go back there someday”: It’s a soft song, sung by a campfire with the moon in the background and a harmonica playing……

This looks familiar, vaguely familiar,
Almost unreal, yet, it's too soon to feel yet.
Close to my soul, and yet so far away.
I'm going to go back there someday.

There’s one line in the song that stops me every time: “There’s not a word yet for old friends who’ve just met.”  And I always say, Yes, yes, yes, there is. There is a word.  The word is “daughter.”

In the last 42 years,I have been blessed with  two daughters and two granddaughters and I can tell you it is exactly like having four old friends that I’ve just met..

It’s a feeling of being totally comfortable with someone yet an excitement at the same time; a feeling  that every second is just the beginning of something wonderful and new. It’s the intense intimacy of childbirth and diaper changes coupled with the wide-eyed wonder at discovering new things every minute.  A whole generation that has never been seen on earth until now.  It’s the feeling that you will be connected from beginning to end by bonds that cannot be broken by anything.  Yet this connection doesn't hold you back like an anchor-- it spurs you into the future, into new things you might never have seen if left to your own whims. With children you get to hold someone’s hand while you explore the future.  Sometimes you say you need to hold their hand to give them courage when it’s really the other way around.

Whether it’s exploring New York City with Elizabeth or reading Shel Silverstein in bed at night with Essie;  planting a garden with Emily or cooking with Sarah, every moment has that feeling of something new just around the corner but at the same time as comfortable as an old shoe.

It’s the feeling of knowing where you stand, knowing her bones carry your own DNA, her habits were honed  in the home you created.  Yet a generation or two separate you and you marvel at the newness of her ideas.

I'm thinking this might also be what heaven is like.  I guess it's about whatever you want it to be about.

Like most things in the world, it's always and only about whatever you want it to be about.


Music and lyrics by Paul Williams and Kenny Ascher
From The Muppet Movie
Posted by Jane at 11:36 AM