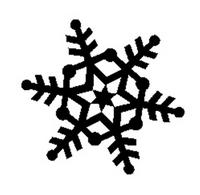 If you have turned into one of my regular readers whom I promised a weekly bit of humor I have to apologize for not turning in an assignment last Wednesday. It was my intent to post something weekly. It was my intent to write stories of my adventures out here in my little bit of paradise in the East Texas woods where the highest drama comes from the police scanner or my dogs barking at night. I intended to tell cute stories of my granddaughters coming to visit or the wonders of what the stars out here look like at night or watching the puppy chase a butterfly. But that was before Chad Kueser got his legs blown off in Iraq.

I’ve known Chad most of his life. I think he was about the third grade when his parents joined our church. I’ve watched him grow up. Like most of the people in our congregation I can tell more than one funny story of what he did as an average teenage boy in Garland. My favorite is the story of a high school youth retreat when Chad got caught climbing on a second story balcony after curfew, holding onto the railing with one hand and holding a banana in his other hand. Every church family has kids like Chad and adults who cherish their fun-loving and enthusiastic ways. The ironic moment I remember is the last time I saw him I hugged him and told him he had grown too tall for me to reach him.

I’m pissed. I’m incredibly sad. But I’m also confident that Chad will regain his health and go on to have a great life and be a fantastic husband and father. So I’m not sad for Chad. He’s got one of the best networks possible. He’s got his wife and parents there with him in the hospital in Maryland. He’s got a sister who has taken his kids to her house and enrolled them in school near her. He’s got a church family that includes three members who now live in the DC area close by him, who will be an extension of our church family for him. Chad may not know one of our members, Ila Hitt, but she has called his parents daily since we received word of his injuries. Ila has been a military wife since Viet Nam with her husband also being injured there. And she has a son in the military. Ila knows the military support systems and what Sandy and Dick need right now and she will make sure they get it. So there are a lot of positives to this story. Chad has all his bases covered. But he still doesn’t have his legs. And that really pisses me off.

I was against this war from the beginning but they didn’t ask me. I can’t figure this thing out. Most Americans are not mean or greedy people. Does my president think I’m so stupid that I haven’t figured out there was absolutely no reason to get into this war? Or is there some big secret that I don’t know and they can’t tell me for some reason? It has to be one of those two reasons because I honestly can’t figure out any other.

I fired off an angry e-mail to a friend and she forwarded it to her son in the military who grew up in our church with Chad. Matt McCormick cautioned me:
“Tell Jane not to be mad at President Bush so much as thankful for the medics, corpsmen, helo pilots, and others that kept him alive and are going to keep working to return him to as "normal" as is possible. It may not be the emotion that you feel strongest, but I know it's where I would want the focus of my friends' emotions were I in the same situation.”

So, I went to Half-Priced Books. I thought if I lost myself in a good book I might feel better. Instead I found myself in surrounded by six-foot high cases of books on Military History and World Wars. By this time I was ready for consolation from any place I could get it. I found a book on the Holocaust by Elie Weisel. I knew it wouldn’t cheer me but thought it might provide some answers, some insight into why humanity has to act so badly or how we can rise above the bad actions of a few. I walked a little ways and found myself in the American History section with biographies of presidents. I will say one thing in George Bush’s defense: I do believe he has good motives. Maybe that means I think he’s stupid. But I don’t think he’s a mean spirited man who deliberately sends young men into harm’s way just for his ego’s sake.

Our Parish Associate is careful to remind us that we should pray not only for the hurt soldiers we know and love but also for the Iraqis. The newspapers and TV keep tabs on how many soldiers have died in this war but nobody tells us how many Iraqi men, women and children have died or been injured. They have their own Chads. War doesn’t affect just our own families but innocents on the other side as well. And, as hard as it might be to accept, I know that God loves them as much as us.

I couldn’t help but think of the line Rhett Butler delivers in Gone With the Wind as he and Scarlett O’Hara watched mothers and fathers reading the list of dead and injured:
“I’m angry. Waste always makes me angry. And that’s what all this is—sheer waste.”

Our minister preached a great sermon Sunday. She told the story of a conversation between a mouse and a dove:
"Tell me the weight of a snowflake," a coal-mouse asked a wild dove.
"Nothing more than nothing," was the answer.
"In that case, I must tell you a marvelous story," the coal-mouse said.
"I sat on the branch of a fir, close to its trunk, when it began to snow -- not heavily, not in a raging blizzard -- no, just like in a dream, without a sound and without any violence. Since I did not have anything better to do, I counted the snowflakes settling on the twigs and needles of my branch. Their number was exactly 3,741,952. When the 3,741,953rd dropped onto the branch, nothing more than nothing, as you say -- the branch broke off."
Having said that, the coal-mouse flew away.
The dove, since Noah's time an authority on the matter, thought about the story for a while, and finally said to herself, "Perhaps there is only one person's voice lacking for peace to come to the world."

I don’t know what I can do with my anger. I guess I could march if I found one. I could write my leaders if I thought they would listen to me. Matt sounds like he would prefer for me to just be thankful for medics and helicopter pilots.

Our church had a special prayer service for Chad last night and that helped a lot. We have a congregation that understands what the term “church family” means. I think most of us consider ourselves an aunt or uncle to Chad. We all needed a hug.

Maybe I could be the 53rd snowflake or the three-millionth. The 3,741,953rd one got all the glory in that story but there were lots of snowflakes in between the first and the last. And the snowflakes in the middle were just as important.

Certainly I can write letters of encouragement and love to Chad and his wife, Beshka and to Sandy and Dick. I can pray my guts out. I can write angry letters to my government. If you think of anything else I can do, please, for God’s sake let me know. We have got to stop killing and maiming each other. I’m not sure I know why we’re in this war but for whatever reason; it’s not worth it.

“Perhaps the secret of living well is not in having all the answers but in pursuing unanswerable questions in good company.”
-Rachel Naomi Remen


Ps- the snowflake story comes from a book Anne Clifton used in her sermon. (Synchronicity: The Inner Path of Leadership by Joseph Jaworski page 197).
Posted by Jane at 10:15 AM

Powerful stuff, my friend and sister! Thank you for speaking what I am thinking. I am grateful for you, a wonderful part of our "church family"! Hugs - Vicki

Oh, Jane, consider yourself joined by at least 2 more snowflakes - Megan and me. This is a very serious, extremely important and thoughtful piece. Thank you for your honesty. vm

Your stories always have a way of seeking the important talks of a discussion, unmuddied by other details. But what a sense of hope that comes from Anne's story... perhaps a snow flake that which weighs "nothing more than nothing" can be the voice crying in the wildreness to call each of us to peace. As all your stories...(Blue bologna; little acorns) I will remember this one.

I BABYSAT CHAD AND BROOKE IN SALINA, KANSAS BEFORE THEY MOVED TO TEXAS IN 1981. I WAS A TEEN THEN, AND LIVED RIGHT ACROSS THE STREET FROM THEM. THEY WERE THE NICEST CHILDREN I HAVE EVER MET, WITH VERY LOVING PARENTS. I AM SORRY TO KNOW THAT DICK HAS PASSED AWAY (June 2008). I HAVE NOT SPOKEN WITH THEM SINCE THEY LEFT SALINA, BUT WOULD LIKE TO. PLEASE PASS ON. dsk.ranch@hotmail.com
David Scot Kriegbaum

an interesting read and to find it several yrs later. i will be sure to forward a link to chad.
hope all is well.